Experiencing Pregnancy Loss And Understanding Why It Happens 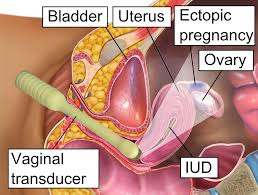 This is ectopic pregnancy

No matter how it happens, it is never easy to lose a child. Pregnancy is a period of great hopes and expectations for the future of the child you have just created. Losing that child before you even get to see that child’s face or hold that child in your arms is especially heartbreaking especially for couples who have perhaps experienced a great deal of difficulty becoming pregnant and realizing their dreams of becoming parents.

Pregnancy loss can happen at anytime during the pregnancy but most often in early pregnancy due to ectopic pregnancy, a blighted ovum, or a molar pregnancy.

A blighted ovum is:

Prior to the technology that permitted women to find out before a missed period that they were pregnant, many would never have known they were pregnant. Nowadays, because we have so many sensitive home pregnancy tests (hpts) available, women now know about such pregnancy losses. Some women experience a blighted ovum just after knowing that they are pregnant which makes the news all the more difficult to handle as they are still on the “high” of just discovering they have successfully conceived.

It is essential to acknowledge your loss and the feelings that envelope your loss as well as to go through the normal process of grieving so that you can heal emotionally.

Your ob-gyne or other medical professional may use the term, “anembryonic pregnancy” to describe a blighted ovum. The pregnancy loss in this instance is caused by the fertilized egg attaching itself to the uterine wall, but failing to develop into the embryonic stage. The woman’s body naturally miscarries blighted ovum losses because they are typically a chromosome abnormality loss.

An ectopic pregnancy is:

They can be caused by several different factors including an inflammation or infection taking place in the fallopian tube, which has made the tube partially or entirely blocked or scar tissue may have been left behind from a previous infection or surgery. Past tubal or abdominal surgeries can leave adhesions, which can cause an ectopic pregnancy. If the fallopian tube has an abnormal shape, that can also lead to an ectopic pregnancy.

Symptoms of an ectopic pregnancy are sharp or stabbing pain that comes and goes and may differ in intensity. The pain can occur in the pelvis, abdomen, or even the shoulder or neck due to blood from a ruptured ectopic pregnancy gathering under the diaphragm. Vaginal bleeding can be either heavier or lighter than a normal period. The woman may also experience gastrointestinal symptoms, dizzy, feel weak or may faint. If you are pregnant and feel pain or have bleeding, you should get medical care immediately. Ectopic pregnancy can endanger the life of the woman.

A molar pregnancy is:

If a woman is experiencing a pregnancy loss and her doctor uses the medical term, “”molar pregnancy”” to describe the loss, the reason for the loss is that there is an abnormality of the placenta, which happens when the egg and sperm come together during the fertilization process. Molar pregnancies are rather rare (1 in 1000 pregnancies). Your medical doctor may use the term “”gestational trophoblastic disease (GTD), hydatidiform mole or just “mole” to describe your experience.

The symptoms of a molar pregnancy are vaginal spotting or bleeding, nausea and vomiting (normal pregnancy symptoms), early preeclampsia (high blood pressure during pregnancy), complications that develop such as thyroid disease during the pregnancy, higher than normal hCG levels, and the absence of fetal movement or the absence of fetal heartbeats.